Tom Lennon: “Can I Get a Photo with You?” 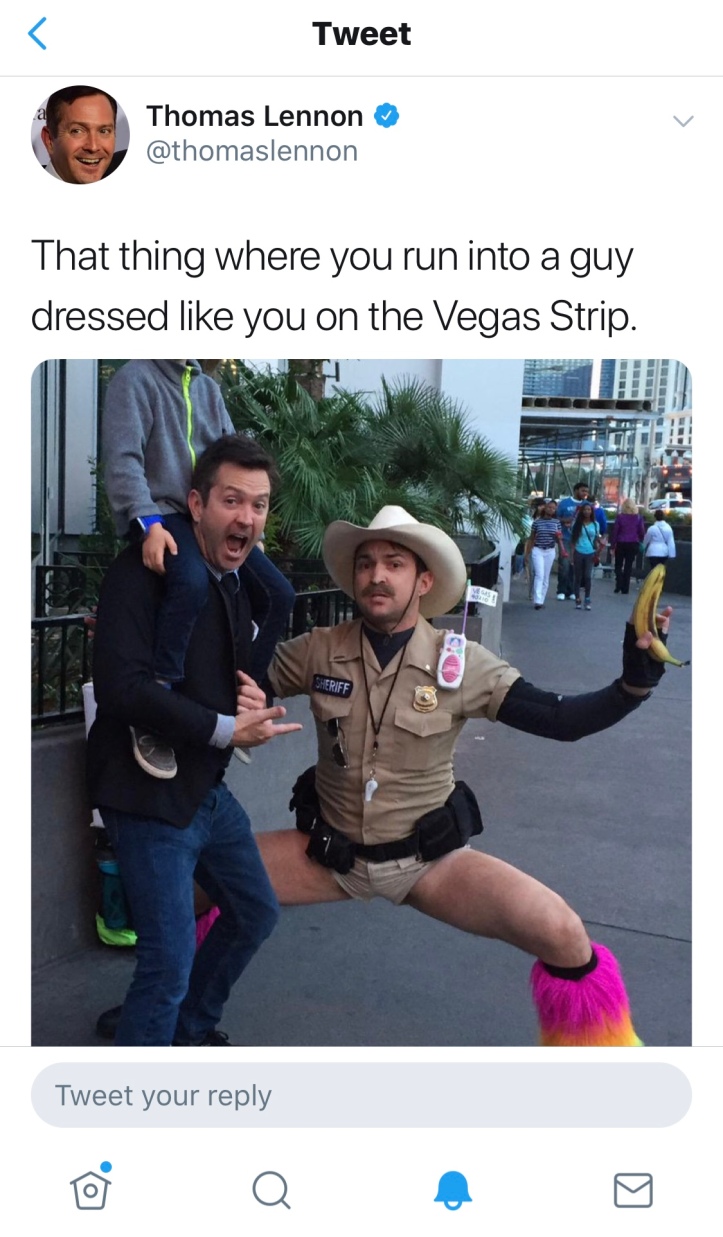 Years before Lt. Frank, I first met Tom after he performed a set at the Hollywood Improv.  We both wore pants.  The idea I’d ever wear short shorts inspired by Lt. Dangle would have struck me as sheer lunacy.  At the time.  Naturally, Tom and I talked about podcasts.  And therefore Marc Maron.

Fast forward a few years to the debut of Lt. Frank on Hollywood Blvd.  A month later Anthony Jeselnick asks Tom how he feels about it.  As Marc Maron (Anthony’s other guest on s2e207 of the Jeselnick Offensive on Comedy Central) dutifully waits for the conversation to … turn. (Love you, Marc!)